Every parent hopes for the best for their child, hoping for an idyllic childhood full of carefree adventures, good times, and new friends. And a lot of that has to do with the surroundings in which they were raised.

Some parents decide to migrate to provide their children with the greatest possible start. With a growing family, they seek a place where they can enjoy a good quality of life, excellent education, and many opportunities.

Tennessee is likely on your list if you’re thinking about migrating to a new state. You’ve probably heard of its pleasant climate, lively cities, and numerous tourist sites that have enticed generations of visitors to come back. They often think about how much easier it would be to settle down permanently in Tennessee when traveling home.

Tennessee is unquestionably a vast and diverse state. You can have it all in Tennessee, from big metropolises like Nashville and Memphis to stunning country views of the smoky mountains from Knoxville or Cosby, Tennessee. This list of best places to live in TN focuses on suburbs and localities that families consider ideal places to live.

Franklin, located just 21 miles south of Nashville on I-65, is a beautiful mix of old and new. This Tennessee town has a population of approximately 78,000 people. Even though this region has grown tremendously since the 1980s and is currently the 7th-largest city in Tennessee, it does not diminish its appeal.

It is also one of the best towns in Tennessee that are just as fun to explore. Traditional businesses coexist peacefully with the town’s more contemporary ones in the heart of Franklin’s historic district.  Those who live in Franklin can experience the small-town charms of neighborly Southern hospitality and historic history while still being just minutes from the activity of the major city.

There are a lot of new residents moving to Franklin because of the city’s excellent public schools. Due to its proximity to the highly respected Williamson County School District, it’s a beautiful place for families.

In March 2022, the median listing price in Franklin, TN, was $800K, with a year-over-year increase of 35.6 percent. Due to the high cost of homes, Franklin residents pay more in taxes than those in other parts of Tennessee, but they get some of that back in tax breaks.

Murfreesboro, Tennessee, is one of the fastest-growing communities in the state, with more than 160,000 residents. Murfreesboro’s rich Civil War heritage and low cost of living are just two of the many reasons to call this city home. For its residents, Murfreesboro is one of the best cities to live in Tennessee for families, as it is only a thirty-minute drive from Nashville’s downtown and many other exciting spots.

There is also a great educational system, numerous parks, and an ethnically diversified population in the city. Murfreesboro features a quaint downtown, a wide variety of restaurants, and less than 40 minutes from Nashville.

The real estate market is varied and intensely competitive. Over $300,000 is the average price of a house in this area.

Brentwood is a beautiful community in its own right, but its proximity to downtown Nashville (just over 10 miles away) adds to its allure. This makes it even more appealing to families and commuters who don’t want to be delayed in traffic for long periods.

Whether you’re moving to Brentwood with your family or starting a family there, you’ll need to think about the school district. The Williamson County School District, which serves Brentwood and the surrounding regions, knows how important it is for students to receive a top-notch education. As a result of Brentwood’s reputation as a family-friendly city, many students call the area home.

Brentwood’s real estate market is broad, with properties ranging in price, style, and size. Whether you’re in the market for a little starting home or a sprawling estate, Brentwood has something. Brentwood is a popular choice when it comes to the best places to live in Tennessee for families.

For anyone looking to relocate to the Memphis region, Germantown should be the first spot you check out on any list of the best places to live in Tennessee for families. At short of 40,000 people, this town has everything going for it.

Despite the higher cost of living in Germantown, this suburb is one of the safest places to raise a family. In addition to having the lowest crime rate in the state, Germantown is home to some of the best-rated school districts in the whole state.

This city, which is only a 14-mile drive from Memphis, has an ideal location and some of the best amenities around. Several new businesses have opened shops in the neighborhood, bringing a positive reputation to the area.

Education, crime rate, cost of living, and diversity are all factors that contribute to Germantown’s high ranking. Germantown is a beautiful place to call home since it provides something for everyone. 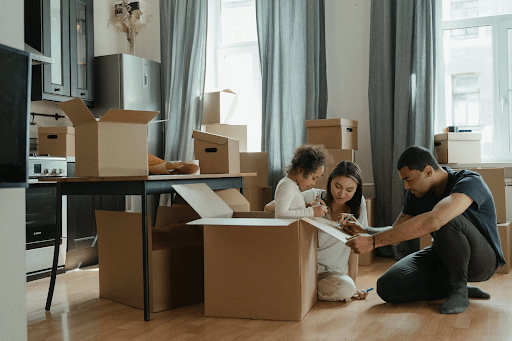 Knoxville’s overall cost of living is 15% lower than the national average, making it an attractive place to call home. Every major pricing category is cheaper in the city, including lodging, food, and transportation. Knoxville has one of the lowest median home prices in the country, at $257K, compared to the national average of $291K.

Proximity to parks, playgrounds, childcare centers, and high-rated preschools for families with children is essential. Parks and playgrounds may be found around Knoxville, Tennessee, such as First Creek Park and Safety City, as well as Happy Backyards. These playgrounds are ideal for both children and adults, and they offer a wide range of activities. I

Knoxville is one of the best educational districts in the state of Tennessee. The schools in the downtown area have an average track record, but to the west and north of downtown are plenty of top-tier institutions. It’s also worth noting that the athletic programs at Knoxville schools are among the best in the country.

Everyone loves Tennessee because it has something to offer everyone. Tennessee’s low cost of living, lack of state income tax, low property taxes, and strong employment market make it an attractive alternative for budget-conscious families looking for a fresh start.

Finding a place where you can raise your children can be difficult. Parents have to pay a price for great schools, libraries, playgrounds, and safe neighborhoods. It’s good to take a few trips around the state to decide which part of Tennessee is ideal for you and your family.

15 Signs that a Committed Relationship

8 Benefits of Eye Creams That You Must Not Ignore

Steps to Choose the Right Clothes for Kids

How to Dress Yourself and Look Good (for Girls)