Sign In / Register
Home » 5 Of The Best Utes
Automobile

The utes is a type of car that has become the norm for drivers who want top of the range features while also providing a sufficient amount of cargo space in the rear.

These vehicles are fast becoming the vehicle of choice for Australians as they are standing strong against their competitor, the SUV. They are versatile in the sense that they are family-friendly vehicles that have all of the features of off-road or long-distance vehicles.

Utility vehicles like the Toyota Hilux are remaining at the top of the list as the best utes in Australia. 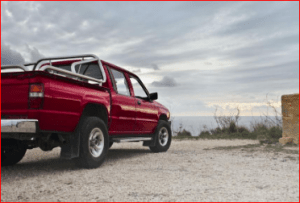 What is a Ute?

A utility vehicle or “ute”, which is described in Australia and New Zealand is a vehicle with a tray behind the passenger compartment.

The modern ute is unlike the original utility vehicle as the rear is separate from the cab. They are used to carry large items in the rear tray while also offering seating space for multiple passengers. This allows the ute to be versatile for work and family.

The modern ute has also kept with the times by offering features that consider safety, technology as well as accessories.

In Australia, the ute has become very popular and in 2016 utility vehicles Toyota Hilux was the top-selling model.

The popular Toyota Hilux has consistently stayed on top as one of the best selling utility vehicles in Australia. There are many choices within the Hilux range making it suitable for individuals with different needs.

The 2022 model in its range has a powerful turbo-diesel four-cylinder engine of 2.8 litres. It continues to offer reliability and durability. It has a towing capacity of 3 500kg and has upgraded technology in its interior that will make your driving experience more enjoyable.

An all-rounder in so many respects, the Toyota Hilux is a great choice.

The Ford Ranger is a fierce competitor in the running for the best ute in Australia and is currently at number 2. There are up to 45 models to choose from in this range.

The Isuzu D-Max has vastly improved in its features and design. It is available in 13 variants of 4×4 and 4×2. The models within this range offer great drivability and comfortability.

It is available as either a cab chassis or a pickup with a tubbed. It comes with a six-year warranty at 150 000km and a seven-year roadside assist.

Its features include automatic emergency braking, reversing camera, blind-spot monitoring and so much more. The Isuzu D-Max has greatly stepped up from its predecessor and has made a name for itself on this list of being one of the best utes.

The Mazda offers unique features such as heated leather seats and heated door mirrors. It is also less expensive than most utes, specifically the Isuzu. Ranging from $33 650 up to $70 990.

The Mazda BT-50 although made in the same factory as the Isuzu has many differences, not to mention its unique exterior. Its vast improvements have most certainly made it a fierce contender.

This price difference makes it a great value for money as its features and design are not lacking. It has LED headlights, its interiors are made of premium cloth, and it has a push start button as well as dual-zone climate control.

The big difference between the Mitsubishi Triton and other utes on this list is size. The Mitsubishi is much smaller which may pose a disadvantage for some. 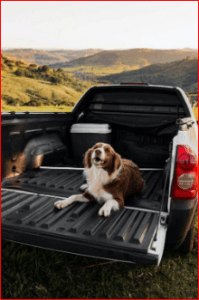 Having a ute in Australia is most certainly part of the culture. With so many models and makes to choose from like the Toyota Hilux, you will find one specific to your needs. Each with so many top of the range features and designs, the ute proves itself to be a versatile vehicle.

Things you should know about bar type display

7 Seater Cars in India below 10 Lakhs

What Cheap $20 Car Insurance Plans Are The Best?

8 Ways to Save Money On Renting a Car in Sharjah, UAE