Bollywood is a huge world. We admire a lot of film actor and actress and love their acting, the roles they play and relate them to the real world.

We all have our favorite actor and actresses and we love watching their films. Through their work , they leave a impression in our mind. We all know that all the celebrities earn really well through the films and makes crores through a single movie itself.

Here, we have a list of 5 siblings of Bollywood celebrities who are running a multi crore business and have a good name in business world. 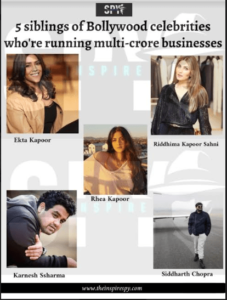 Ekta Kapoor is the daughter of bollywood actor Jeetendra kapoor who is a well known actor of 90’s. Tushar kapoor is her brother whom you have seen in many films like golmaal, golmaal again, golmaal :Fun unlimited, Kya kool hain hum , Muje kuch kehna hai and a lot more. Ekta kapoor is herself a Indian television producer who runs a company by the name of Balaji Telefilms. 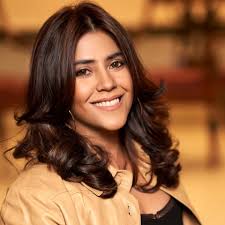 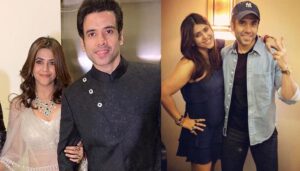 She has been in the industry since she was 19 and till now she was produced many television shows, which gained immense love from the public. She was also choosen as ‘Asia’s Most Powerful Communicators’ by Asian Week Maganize. 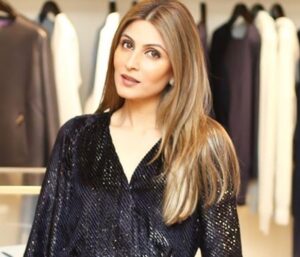 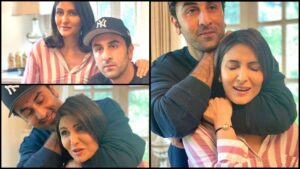 Riddhima Kapoor is a fashion designer who live in New Delhi, She is married to Bharat Sahni , who is the owner of Wear Well India Private Limited, a textile export company based in New Delhi.  He has won the Global Spa Magazine’s Fit and Fab Festival Award.

Riddhima Kapoor Sahni’s business worth is approx $50 million which is approximately 3,691,477,500.00 INR. She supports her husband in the textile industry and lives a luxurious life.

Rhea Kapoor is the daughter of actor Anil Kapoor and Sunita Kapoor. She is the sibling of Sonam Kapoor ad Harshvardhan Kapoor. Rhea kapoor is herself a Indian film producer, an actor and a fashion designer ,  who has produced blockbuster movies such as Veer Di Wedding, Khoobsurat, Aisha and a few more.

She is also the owner of the fashion line Rheson alongside her sister Sonam Kapoor . 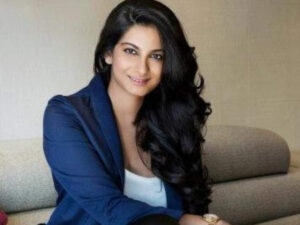 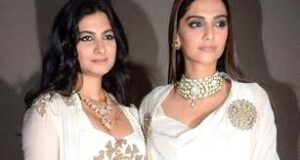 Karnesh Sharma is an Indian film producer and is the brother of actress Anushka Sharma.  He is the co founder of the production company Clean Slate Films, along with sister, Anushka Sharma. He has produced various films in crime thriller like NH10 and Phillauri. He recently produced a web series by the name of Patal Lok, which gain immense love from the people. 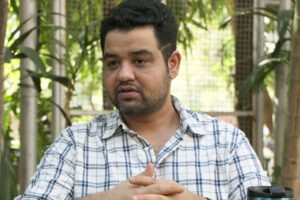 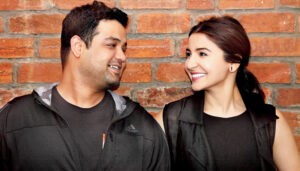 Siddharth Chopra is an entrepreneur in the hospitality industry and a film producer. He is the brother of Priyanka Chopra. He is also a Culinary expert . He runs The Mugshot Lounge in Koregaon Park, Pune and also produces movies along with his mother Madhu Chopra. His first debut as a producer was with a bhojpuri romantic film. 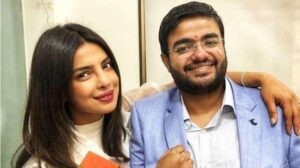 As per the report, Siddharth Chopra’s net worth is approximately around Rs. 65 crores and around 40-50 lakhs per month.