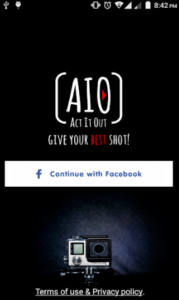 Act It Out , a mobile app that connects thousands of aspiring actors from across the country with leading production houses, has seen immense popularity since its launch last year. It has been gaining almost 7000 new actors every month, and 150+ audition videos are being uploaded every day.

More than 2000 people move to Mumbai everyday to make it big in the industry. For a person who dreams to be an Actor, Act It Out (AIO) is a tool to ease their struggle without having to relocate or wander about in Mumbai. One can simply download the app from Google Play Store or Apple App Store and register using Mobile number/Facebook account. Production houses register on Act It Out and post their project requirements. Actors can then upload a short video that showcases their acting skills. Basis the videos, the casting teams of production houses select the actors that match their requirements. In the last two months, more than 110 aspiring actors have been connected to production houses through the app.

Talking about how he came up with the idea of the app, Manit Bhatia, Founder and CEO, Act It Out said, “Being an aspiring actor myself and spending a few years in Mumbai trying to pursue my acting dreams, I realized the dilemma of struggling actors. One has to sweat it out in long queues for an audition, and at times people are sent back without the audition. Sometimes you also end up paying lot of money to casting agencies but never receive any response. For the production houses also, finding the right talent amongst the plethora of applications is not easy. This app – Act It Out – uses technology with an aim to organize the audition process and address many such issues.”

“New trends in the Indian film industry, growth of regional film industry and advent of web series has been a boon for many aspiring actors and directors. They have many more avenues to present their acting talent”, added Manit.