After establishing himself as a businessman, Sagar Pagar aims to make a mark as a filmmaker.

While Film industry attracts people in hordes every day, to make a name for yourself in this highly competitive industry, you need a bit of luck along with talent. The ones who have luck on their side manage to make it big, while the others fizzle out. 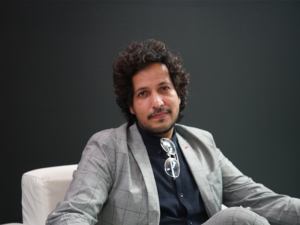 Hailing from a middle-class family, Sagar Pagar understood the value of being financially stable in life. He started with zero capital and built everything from scratch. Being academically inclined, he obtained a degree in computer engineering  and later did a course in film direction as well because of his passion towards cinema. While he had artistic pursuits in mind, he decided to establish himself as a businessman first as this is where life led him. He is the founder and managing director of Brand Areopagus Spa Pvt. Ltd. which happens to be first and only Japanese day spa in Mumbai. 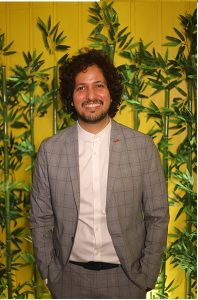 “I discovered my streak in writing as I completed my film direction course and ventured into film making. Soon with that, my interests as a producer and a director grew as well. The industry has a lot to take from and so much that can be contributed to it. I aspire to make my own set of contributions, through my own vision. Now that I have taken many different leaps in life and landed safely, I am ready for a new leap, this time in Bollywood”, Sagar says.

Sagar had recently written, produced and directed a documentary on Mrs. Amruta Fadnavis, wife of honourable Chief Minister of Maharashtra Shri Devendra Fadnavis. It has been highly appreciated and is expected to be screened at various platforms, including a few festivals soon.

He has worked really hard to achieve everything in life. Success never comes overnight . One need to be hardworking and creative enough to design his or her future.