With the popularity of personal messaging platforms increasing rapidly, there is a need for representation for all sections of the society. This is not limited to only physical aspects, but special needs too. International Day of Sign Language is celebrated annually on 23rd September, along with the International Week of the Deaf.

When it comes to a conversation on a WhatsApp or Facebook Messenger, there is no difference between deaf and non-deaf users. Their conversation is dependent on words that will be typed into the keyboard, or emojis that will be picked out. The gestures remain the same, regardless of them being done physically or virtually. Emojis make it simpler and much more efficient for people to express themselves. Emojipedia 12.0 has already released a special Deaf Person emoji which will soon be a part of devices in 2019. 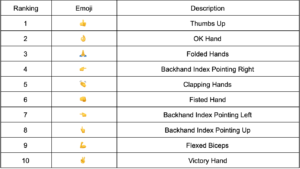