Ahead of her big screen debut, Bollywood newbie Sara Ali Khan made her first live chat debut hosted by UCWeb, the company within Alibaba Digital Media and Entertainment Group. Sara Ali Khan, the daughter of Bollywood veterans Saif Ali Khan and Amrita Singh, is all set to make her debut with Abhishek Kapoor’s ‘Kedarnath’, also starring Sushant Singh Rajput. Around half million fans logged into UC Browser and UC News, to chat with Sara as she revealed interesting facts about her personal life, the Bollywood debut, and challenges in shooting for two films simultaneously. 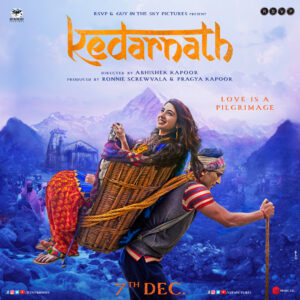 Meanwhile, the movie campaign led by UCWeb has become a trendy topic, inspired tens of millions of fans engagements and providing enjoyable content on UC platforms.

The rising star gave a sneak peek into her smart and independent side while responding to the fans’ questions. When asked if her mother Amrita Singh used to go with her for film shoots, she said, “My Mom never accompanied me on the sets. She used to say if I would have been working as a doctor, she would never accompany me to the operation theatre.”

Given the fact that she is Saif Ali Khan and Amrita Singh’s daughter, there has always been a lot of buzz around her. When asked about her bonding with Kareena Kapoor, wife of Saif Ali Khan, she shared, “I am thankful to Kareena, the way she has been appreciating me all around, but I can’t take this appreciation seriously as she is family and will obviously be little more biased towards me.” The newbie is off to a starry start, but says “I have no starry tantrums and often ditch the car to travel by an auto rickshaw.” 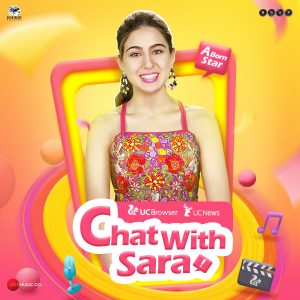 The live chat was part of UCWeb’s efforts in providing specialized curated content across categories for its wide user base of 130 million. According to Cheetah Lab and UC Media Lab Joint Report, ‘Entertainment’ is the largest category in mobile content consumption for Indian users on UC’s News Feed platform. Elaborating on the initiative, Damon Xi, General Manager of UCWeb India and Indonesia, Alibaba Digital Media and Entertainment Group said, “UC Browser is a user-oriented platform and we wish to feed our users with quality content in every possible category. Earlier also, we have successfully leveraged our tie-up with film studios for movies like Batti Gul Meter Chalu, Baazaar, and Jack & Dil. We are exploring other tie-ups and associations with various movies and promotions to serve engaging content in the entertainment category as well.”

Witnessing users’ enthusiasm for enjoyable and interactive content in 2018 Asia Cup and Diwali Season, UC, as a platform with Faster Speed and Richer Content, formed the Live Chat as a space for celebrities and fans to interact with each other. The Live Chat is gaining immense popularity among users and has become the top choice for entertainment feeds.

UCWeb, as the Trending Partner of RSVP Film Studios, jointly presents Kedarnath, a beautiful love story which is set against the backdrop of the Uttarakhand floods that hit the North Indian state in 2013. The film releases on December 7, 2018.

Kartina Entertainment Welcomes The Cast of Tiger 3 to Russia.

WHAT IS THE BODY OF BUSINESS MUSIC