Election Commission has announced the polling dates yesterday and Delhi will hold Election on 12 May 2019 . With Election Commission concluding its preparatory meetings for the general elections, including discussions with home ministry on force logistics , polls to the Lok Sabha and few state assemblies may announced any day over the weekend or early next week.

Polling is likely to be conducted over multiple phases in April and May. Counting may be timed in the third week of May.

Also, With BJP expected to announce Lok Sabha candidates for the capital’s seven constituencies in the second week of March, the jostle for tickets is in full swing , with aspirants ranging from morcha presidents to core members of the Delhi BJP to former MPs and MLAs.

Top BJP sources said that the MPs have done good work but the call to have them contest again in 2019 Lok Sabha will depend on several factors besides work done on ground. 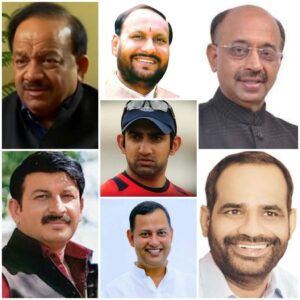 From south constituency , the incumbent MP Ramesh Bidhuri , natinal general secretary Anil Jain and former MLA Ramvir Singh Bidhuri are in the running, it is learnt.

Congress has released its first list of candidates for 15 seats for the upcoming Lok Sabha elections, naming UPA chairperson Sonia Gandhi , 72, as party candidate from Rae Bareli and Rahul from the Amethi seat.

BJP is keen to do a clean -up job in terms of ticket distribution this time given that it faces a tough challenge from the opposition than it did in 2014 polls, when Modi Wave played a major role for the BJP to secure an absolute majority in Lower House of Parliament.

Soon will be the time , for the people to vote and choose the most legible candidate.

Have a Vision ? Make the Right decision! Vote.