DJ Shiva, who has almost two decades of experience behind him in the world of music and DJing, is now turning composer!
While a composer creates a track from scratch, a DJ gives his own spin to it by adding fresh beats, rhythm, and pace to it.

He takes a piece of music and decorates it in his own way to make it dance-floor friendly. In the recent past, one has seen several DJs expanding their creativity and going a step ahead by creating original tracks by themselves.

One of the most renowned DJs in the country – DJ Shiva – has now jumped on this bandwagon. DJ Shiva, who has almost two decades of experience behind him in the world of music and DJing, is now turning composer! 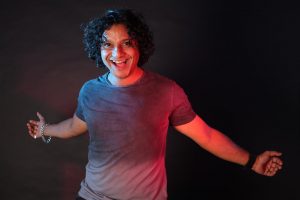 Talking about this new step in his career, he says, “The music industry is growing at a rapid pace. A lot of young talent is coming in and everybody is getting a fair chance.

Interestingly, today this whole recreation wave has come in. Every film has one or two songs that are recreated versions of some old song from the 70s, 80s or the 90s. I think people are craving to listen to fresh, original music. This is definitely a good time to create original songs.”

When Shiva started out, music is used to be available on physical media. Now, everything has gone digital. That is also something that has got him excited.

“Earlier, artistes were heavily dependent on record labels. But now, releasing songs has become very easy thanks to the easy availability and access to the internet. So many people have put up videos on YouTube which has gone viral. If you are creating music that you think will be liked by people, then rest assured it will definitely reach out to them.”

He is still giving finishing touches to his first original track.

“A friend of mine is writing the lyrics for the song. I have given the basic tune to him and he is working on the words. I have a few more tunes ready and planning to release a couple of original songs more after this one comes out. I am excited and nervous at the same time to see how the audience reacts to my new avatar as a music composer.”

DJ Shiva has several live shows lined up in the near future. Apart from that, he will be performing in several big venues during this festive season.