HCL Concerts, an initiative dedicated to encouraging and promoting the Indian classical performing arts, hosted a soulful musical concert at the LTG Auditorium in New Delhi. The concert featured renowned fusion group Maati Baani, led by husband-wife duo Nirali Shah and Kartik Shah. The artists enthralled the audience with a splendid amalgamation of Hindustani Classical and various styles of Folk music. The event was also live streamed on the official website of HCL Concerts. 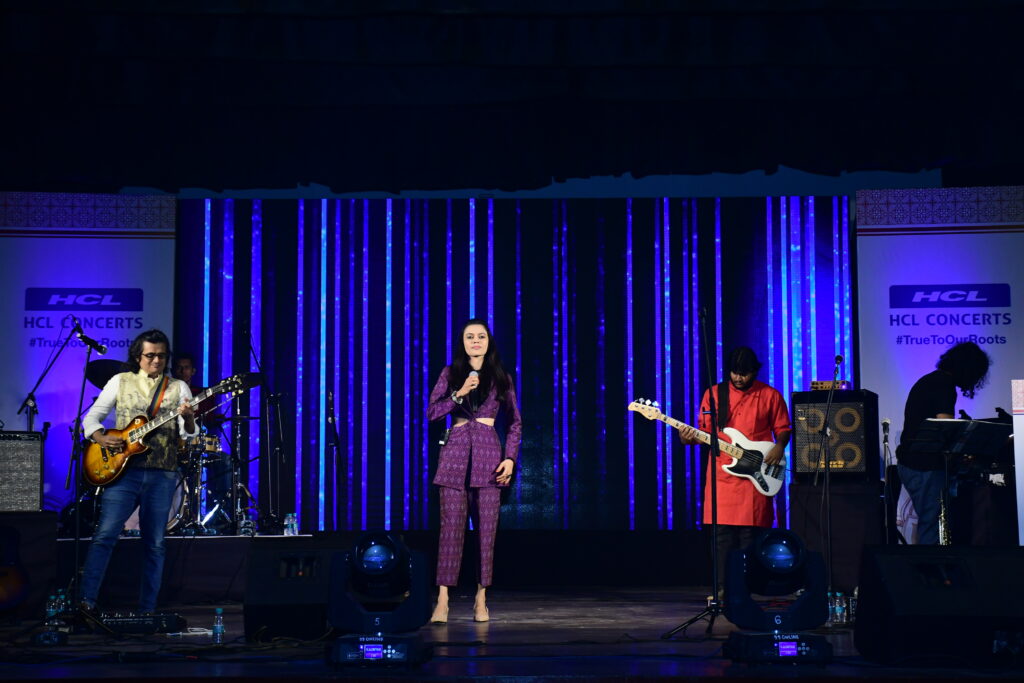 One of the most dynamic young talents of Indian classical music, Nirali Shah delivered a mesmerizing performance with her band. Her husband Kartik Shah accompanied her on Guitar along with Chris on Bass Guitar, Omkar Dhumal on Flute and Shehnai, Anurag Rajeev Sawangikar on Drums and Nurmamad Fakeer on Jodiya Pawa. The duo mesmerised the audience by playing, ‘Mitwa na hi mane’ song based on Raag Kaafi (Bandish Thumari) and Chahun Piya Re based on Raag Sarang. Flautist Noor Mohammad brought a light to the evening with his performance on Kutchi Kafi, by playing two flutes together. Additionally, Maati Baani delivered soulful fusion performance on song- Tore Matware Naina, Bawaraiya, Boondan Boondan and Elbela Sajan Aayo Re.

Maati Baani’s music aims to take one on an eccentric ride where the hustle of a city meets the simplicity of a village, where the language of a country speaks to the people of another country, and the music transcends all barriers to truly connect with audiences.

How You Can Be Successful With Article Marketing