Nothing feels as close, connected and personal in our lives as our smartphone. HTC Corporation, a leading innovator in mobile and virtual reality technology, unveiled its flagship smartphone, the HTC U11 priced at  INR 51,990 /-(MOP) in India today. HTC U11 is the world’s first smartphone with a revolutionary new squeeze technology HTC Edge Sense which gives users the ability to activate advanced touch and use a “short squeeze” as well as a “squeeze and hold” for enhanced functionality. It also has the highest rated smartphone camera in the world with an incredible DxOMark 90 score1. The HTC U11 will be available on both online (Amazon.in) and offline channels in India from the last week of June ’17 in Amazing Silver and Brilliant Black colours. 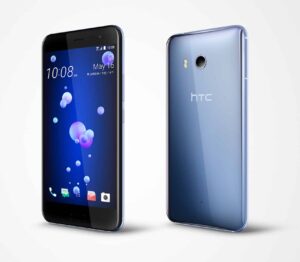 Pre-orders on HTC e-store will start from 17th June and customers availing the pre-order will receive a free HTC flip-cover worth INR 1,999 /-. Customers also have an option to avail 10% cash back on the MOP value of the phone using Standard Chartered Debit or Credit card. This offer is valid for a limited time-period beginning 26th June‘17. HTC U11 comes with the latest version of HTC USonic that combines Active Noise Cancellation with the ability to tune audio to your unique hearing. It also has an IP67 rating and is dust, splash and is also water-resistant2, so no need to worry about splashes, spills or dunks. It is the first smartphone to be commercially released worldwide exclusively powered by the Qualcomm® Snapdragon™ 835 Mobile Platform. Its stunning liquid glass surface is crafted using Optical Spectrum Hybrid Deposition.

Speaking during the launch Mr. Faisal Siddiqui, President South Asia, HTC said, “We are proud to present our flagship smartphone – HTC U11 which showcases HTC’s power of innovation by bringing to discerning customers pioneering technologies that are game-changers in the industry and reflect our strong focus on R&D and Design. HTC U11 comes equipped with unique features like Edge Sense that opens the doors to a whole new world of phone interactions. We are particularly proud of the fact that the U11 camera has achieved an incredible DxOMark 90 score, making it the highest rated smartphone ever in DxOMark history also making it the #1 smartphone camera on the market today. We are confident that the HTC U11 will set new industry standards.” 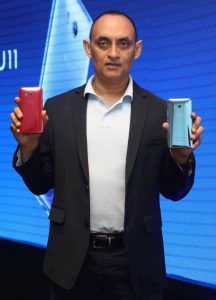 With a simple squeeze, HTC Edge Sense lets you easily engage with your phone in an unprecedented yet intuitive way, helping you more naturally enjoy the things you love like taking photos, opening Facebook, or launching any of your favourite apps. Want even more touch control? HTC Edge Sense gives you the ability to activate advanced touch and use a “short squeeze” as well as a “squeeze and hold” for even more functionality at your fingertips. And because Edge Sense is based on pressure applied to the side of the device, it can be used in nearly any condition – including rainy weather that would normally pose a challenge with capacitive buttons. 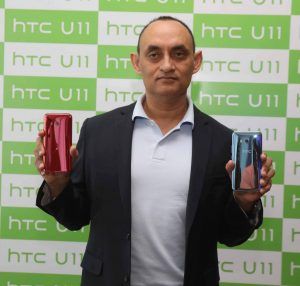 The smarter digital companion for U – Three brains are better than one, so inside HTC U11 you can find three intelligent companions devoted to you: HTC Sense Companion, Google Assistant, and Amazon Alexa3.

HTC Corporation aims to bring brilliance to life. As a global innovator in smart mobile devices and technology, HTC has produced award-winning products and industry firsts since its inception in 1997, including the critically acclaimed HTC One and Desire lines of smartphones. The pursuit of brilliance is at the heart of everything we do, inspiring best-in-class design and game-changing mobile and virtual reality experiences for consumers around the world. HTC is listed on the Taiwan Stock Exchange (TWSE: 2498). www.htc.com

X Tips when Considering Before You Take Your Business Digital

How to Remove Photo Background in 2 seconds or less

6 Reasons Why Software Testing is Important?