India’s finest pre-owned luxury cars company, Big Boy Toyz continues to cater their clients even during the second phase as they continue procuring cars in the country. BBT excitedly announces the procurement of India’s highest priced limited-edition LAMBORGHINI AVENTADOR SVJ MY2019. The car is available for sale as one of India’s most expensive sports coupe. This two-seater petrol-based car, manufactured 900 units worldwide with engine6498cc, Naturally Aspirated, V12, DOHC and 7-Speed ISR Automated Manual Transmission. This Giallo Tenerife colored beast is all set to make it to the Indian roads with 770PS / 759BHP @ 8500 RPM peak power and 720NM @ 6750 RPM torque.

The country has seen a shift in consumer preference in last couple of years as the demand for luxury super cars. Buyers now prefer riding their sports cars and exploring the Indian roads rather than treating it a piece of luxury to be owned. 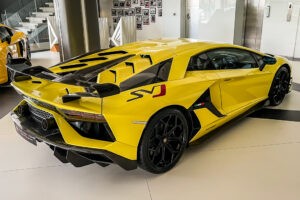 Speaking of the same, Mr Jatin Ahuja, Founder & CEO, Big Boy Toyz ecstatically adds, “We are thrilled to announce the procurement and sale of India’s most expensive car from Big Boy Toyz and are overwhelmed with the response we have received in just two days. People are excited and overjoyed about the limited-edition Lamborghini Aventador SVJ. With cars now being a necessity rather than luxury, the ‘Super car’ sector seems to have descended into the consumer market swiftly. It is no longer treated ‘invaluable’ & has found a place on the busy roads of our urbanites.  We have received a lot of queries regarding the same and look forward to see this car hit the roads soon.” 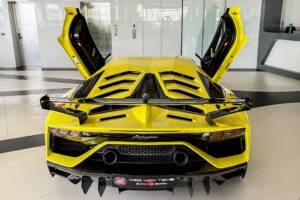 About Big Boy Toyz& Founder Jatin Ahuja: The showroom of Big Boy Toyz houses pre owned luxury, exotic and imported cars for sale in India. With a collection of over 100 rare exotic supercars, every preowned exotic car in the inventory goes through BBT’s highest level of scrutiny, assuring the utmost in quality standards. An overwhelming list of celebrities and cricketers such as Honey Singh, Yuvraj Singh, Rohit Sharma, and Dinesh Karthik, Virat Kohli, Shilpa shetty , Salim khan , Anushka sharma , KL Rahul , Surya Kumar Yadav etc among others also possess a glittery set of four wheels from BBT. The digital platform plays an important role in revenue generation for the brand. BBT has showrooms in Gurgaon, Mumbai and Hyderabad with expansion plans in place for Ahmedabad and Kolkata.

Top 8 Things You Should Do Before Getting Your Car Towed

Who Buys Broken Cars For Cash In Melbourne?

Time to sell that car to the junkyard!

How to Check Car Registration in Pakistan

The reps shoes that supersede all features

DOES YOUR MOBILE APPLICATION NEED TO BE CROSS-COMPATIBLE?