As we have got various updates from Instagram about hiding likes and focusing more on content rather than on number of likes.

Now. The social Media celebrities might not like their bottoms lines as Facebook works on changes to its platform to focus more on privacy and safety on its users , which could limit the revenue from the popular posts. 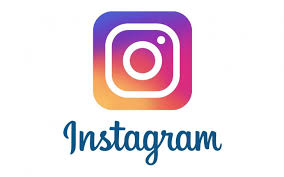 The research says that the companies pays some $2 billion annually to the individuals who promote their brands on Instagram alone, according to Instagram tool Hopper HQ, television stars are making a huge sum of money through Instagram. Among them, on the top most is Kylie Jenner. ( Details sourced from The Wall Street Journal )

Kylie Jenner , who has 143 million followers on Instagram and reportedly is paid $1.27 million for every post because it eliminates a key source of social proof that reinforces popular posts and make them go viral.

This change would definitely affect the brands who hire influencers for promotions. This would likely mean a continued shift away from “vanity metrics” such as likes or followers counts and a focus on actual sales.

Various surveys are still lined up in order to test the same. The test has already started in Canada, and is officially expanding to Ireland , Italy , Japan , Brazil , Australia and New Zealand.  Instagram said that we believe that this test would create a less pressured environment and the hustle would be less.

Therefore, the decision could have a positive impact on the way the people use the platform, but harm those trying to use it professionally.

Some would blame Instagram , Some would cheer up. Let see what the Impact would be!

Huge Brands Posting Twice As Many Instagram Stories This Year

CBD Oil Tincture: What You Should Know

Bitcoin Circuit – The Official Software for all Traders

Which Rolex Datejust Watch to Buy? A Complete Buying Guide

Why PRO services in Dubai Has Just Gone Viral