TheInspireSpy September 16, 2019
Since his debut Deewana in the year 1992, to lending his voice to the famous Lion King, along with his son Aryan Khan, Shah Rukh Khan has undoubtedly ruled the film industry for 31 long years. SRK’s fans are present in every nook and corner of the world and his fans do not leave any stone unturned when it comes to proving their loyalty to him. However, if this situation was flipped, it would be exciting, wouldn’t it? Fans are floored when the celebrity they adore, acknowledge their talent and reciprocate to the love and affection they get. 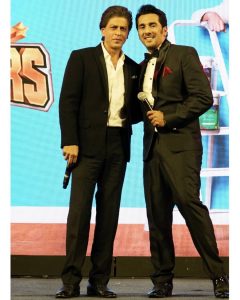 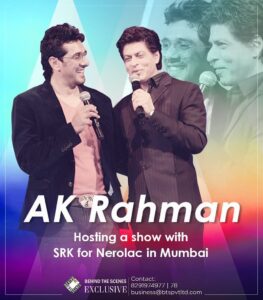 https://www.instagram.com/p/B0JEb1np66R/
AK Rahman was extraordinarily thrilled and elated to share the stage with King Khan and said that this event has been pasted forever on the walls of his heart. The cherry on the cake was when SRK appreciated the brimming talent within AK Rahman and graciously thanked him for all the efforts AK Rahman has taken towards promoting SRK’s campaigns and being a whole-hearted fan of his work. SRK, being the brand ambassador for Nerolac Paints, has always greeted his fans and his well-wishers with supreme amount of love and respect. 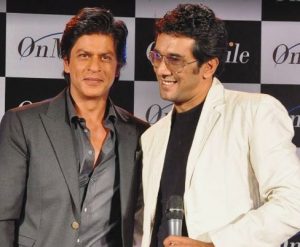 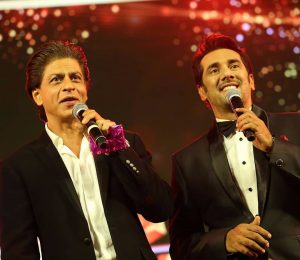 AK Rahman’s co-host, Shruti Seth, along with him, made the evening engaging and very interactive. AK Rahman says, “It is a pleasure to listen to such kind words from such a great personality and it is distinctively encouraging when they appreciate your work. Shah Rukh Khan is not just my favorite, but everyone’s favorite and I’m overwhelmed every time I see his brimming humility.”
https://www.instagram.com/p/B1tpTIhAvgC/
AK Rahman has worked very hard coupled with his talent to being where he is, today. He leaves a mark of his uniqueness at any and every event he is a part of.