Everyone sees dreams, but fulfilling that dream is not a matter of everyone. But actor Kritn Ajitesh has fulfilled his dream today he has lakh followers . 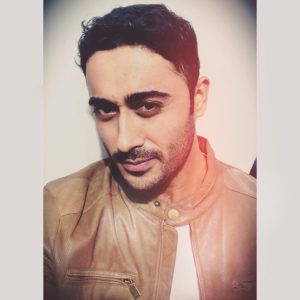 After working with Rani Chatterjee, the biggest actress of Bhojpuri, he overnight became a star and a sensation .

This actor who hails from a very small city never dreamed that such a dream will ever be fulfilled. Because the actor did not already have any background in the film industry. So going into the industry was nothing more than a dream. But actor Kritn Ajitesh did not give up, and  he started to work hard for his dreams, he started working in Serial in the starting life, started doing characters role  in the films like love Aajkal with Deepika padukone and Saif ali khan did small albums ,did print shoots in the beginning period .

Then a director got the attention of Kritn Ajitesh, and offered the film, and with the name Bitiya Sada Suhagahan Rah he worked with Bhojpuri’s No Actress, and became a night star.

And today this actor has done dozens of Hindi films, sharing screen with legend Om puri and dozen of Superhit bhojpuri films .

His upcoming film is AN ACID ATTACK CASE  Bollywood film where he plays a Detective. And a Bhojpuri film Saato Janam inspired by true events . And he has sung many songs also which is been released in the marke