TheInspireSpy August 16, 2019
India is a country which is diversified by the various religions and also bounded by it. The number of religions presents and followed within the Indian subcontinent might just exceed even the number of colors present in a painter’s palette. Ironically and astonishingly, all religions convey the same message: All are equal and all be treated equally. In this time and date, while the country is stress fully wrapped into an entire religious turmoil, fighting on various fronts, Shadab Siddiqui comes up with the short film called ‘Jai Shri Ram.’ 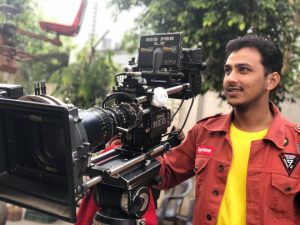 Blue Eyes Film Factory present ‘Jai Shri Ram’ featuring Gaurav Dixit, Imtiyaz Shaikh, Manish Jha and Jawed Rehman in the lead casted by Noor Siddiqui. A film which portrays a different take on religion and encourages every Hindu following the Geeta and every Muslim following the Holy Quran to be a part of this soulful journey with Shadab and his team.

Although every religion teaches its followers to revere every other religion, religion conflicts continue to happen today, aggravating every day. Shadab thus presents a story which binds several ‘Indians’ together to revere and understand the concept of nationalism through his point of view. 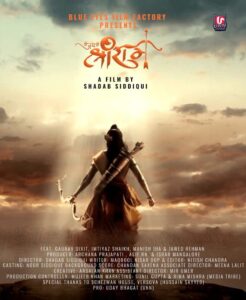 Iconic Women of the Year Awards 2020, A Star-studded Affair