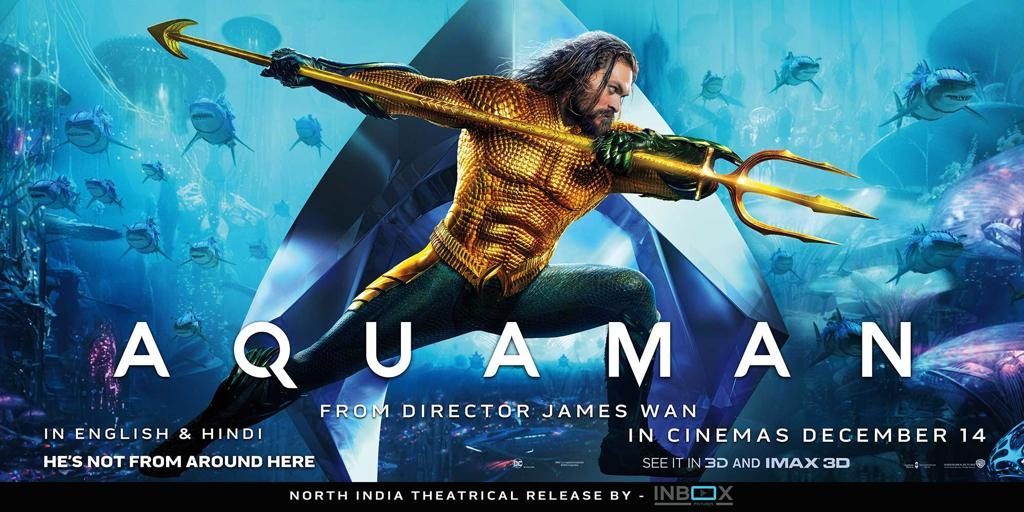 ‘Aquaman’, the superhero film from the house of DC Comics, has generated a lot of curiosity amongst the fans. The film released recently in China and opened to a thundering start there. The film has made RMB 169 million ($24.6 million) on its opening day, beraking all the records held by the studio’s earlier blockbusters.
Now everybody is keeping their fingers crossed and waiting to see how it does when it releases in its home turf, that is, the West. The film is slated for a release in the United States on December 21, 2018. But, here is an interesting fact. It will be one of the rare instances where a Hollywood film will release in India a week before it releases in India. The film will get an all India theatrical release on December 14, 2018.
The film will be distributed all over the country by Inbox Pictures. The company which has been producing multiple Hindi films including the laugh riot ‘Nanu Ki Janu, staring Abhay Deol and ‘Fryday’, starring Govinda and Varun Sharma in the lead roles, is planning a wide release for the film in India and the number of screens will be at par with the biggest Hollywood releases.