Sandeep Lodha is the CEO India’s Largest Wedding Company, Weddingz.in (acquired by OYO Hotels &
Homes in 2018) An IIT graduate, Sandeep Lodha possesses a wealth of over 13 years of experience in the consumer products and retail space and has been associated with leading names like Bain and Co, Intel and Walt Disney among others. He has pursued his MBA from The Wharton School in 2006 and B Tech from Indian Institute of
Technology, Delhi. After his stint as Principal at Bain & Co. for seven years overlooking the Retail & Consumer division which included Business strategy for multiple CPG/FMCG clients, he moved to The Walt Disney Company as an Executive Director and Head of Licensing Business, Disney Consumer Products for the next two years.
In 2014, while attending a cousin’s wedding, Sandeep sensed the market gap of organizing a wedding with gazillion requirements and realized that the struggle remained similar even after 15 years of his own marriage. That’s when he took the entrepreneurial plunge and founded Weddingz.in.
Weddingz raised $1 million in angel funding from a group of investors, including Google India’s MD Rajan Anandan, Zoya Akhtar, Reema Katgi, Ambit Private Wealth CEO Hrishikesh Parandekar and others.
In August 2018, OYO Hotels & Homes acquired Weddingz.in and entered India’s $40 Bn wedding industry making it India’s largest banquet management company with a presence in over 30 cities with over 750 venues.
Sandeep is a voracious reader, spends time in the gym and is a huge movie buff. Outside of work, he spends quality time with his two daughters tutoring them in Maths and taking them out. 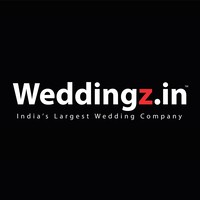 Weddingz.in is India’s Largest Wedding Company providing a hassle-free Wedding experience. Weddingz.in offers customers a fully managed, one-stop platform for all their needs to organise a superlative wedding experience including providing beautiful and spacious venues, managing themed decor, end to end catering, in-house photographers and makeup artists guided by a dedicated wedding planner, all at guaranteed best prices. Acquired by OYO Hotels & Homes in 2018, Weddingz.in has seen tremendous growth and is now present in over 30 cities with over 800 venues.