TheInspireSpyJul 3, 2021 0
Share:
The young and extremely talented Indian classical Sarangi superstar turned Singer-Songwriter and Composer. Nabeel Khan is ready with another music track ‘Tera Khayal Hai’. The song has been written, sung, and composed by Nabeel Khan and produced by Akash Dey, a music producer and composer and multi-instrumentalist from The Netherlands. This song is one of the most anticipated releases of the year and will be released by Nabeel Khan through his YouTube channel on 7th July 2021. 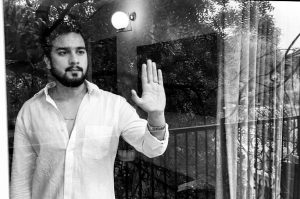 The song has been penned so beautifully and is based on an artist’s enigmatic figment of imagination. Talking about his new song, the Sarangi star Nabeel Khan says, “TERA KHAYAL HAI” is continuation of my streak of original songs and it’s a great experience to come up with these songs which are based on feelings that affects us all in different ways. The lyrics are deeply inspired by the impact our imagination plays in our day-to-day life. Every song demands a piece of your true self to become impactful and while writing and composing TERA KHAYAL HAI, I had to drive myself down my own fascinating memory lane to get the required emotions.” 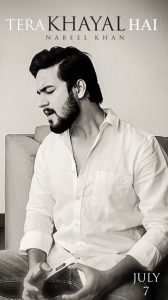 Born on 2nd September 1999, Nabeel is the world’s youngest and renowned Sarangi player, Composer and Singer-Songwriter from New Delhi ,India . His debut song ‘Jaanejaan’ released in 2020 was a huge success and the creative use of Indian classical music through Sarangi with western instruments won huge plaudits. His last song “Jazbaat Dil Ke Aise” released by Bullman Record label was a tremendous success too and got many accolades for the beautifully crafted lyrics along with music. Like always people loved the subtle element of Sarangi along with melodious vocals.
Not just Nabeel even Akash Dey, the music producer and composer, has a deep connection with the music. He received his first lessons from his father who is a vocalist and harmonium player from Basugaon, Assam. He is one of the few producers who compose, record, mix and master their own productions.

What are the benefits of windows movie maker?

Tips for Choosing a Cleaning Company for office

How to Choose a Coaching Institute for Competitive Exam