Marc Marquez and Pol Espargaro continued their forward progress during an overall productive day in Germany as they secured fifth and eighth on Sunday’s grid respectively in a field divided by just tenths.

Temperatures continued to rise at the Sachsenring on Saturday as the MotoGP World Championship grew ever closer, just a tenth of a second separating the top five in some sessions. 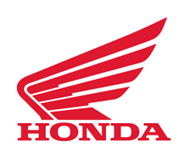 Having not put a fresh tyre in for Free Practice 2 on Friday, this was the first order of business for Marc Marquez who immediately jumped into the combined top ten with a low 1’21. Another fast lap latter in the Free Practice 3 session saw Marquez hold onto his place in the combined top ten, advancing directly to Q2 for the second time since his return to racing. Qualifying saw Marquez set a 1’20.567 but unfortunately miss out on improving in the final minutes of the session due to incidents on track. As a result, he will start in fifth. The gap to the front is closer than recent rounds and Marquez is looking to make the most of Sunday’s race.

Espargaro’s day was hit hard by a crash late in Free Practice 3, falling while on his last flying lap of the session. Signs were positive that the lap time would help elevate him to the top ten, but the fall meant it was another trip to Q1. There was no stopping the #44 as he advanced through into Q2 after constantly improving his times. Setting a 1’20.659 late in the session, Espargaro secured eighth on the grid and matched his best Qualifying result as a Repsol Honda Team rider. Again, it was the tightest of margins which divided the field, just a tenth slower than his team-mate but a row further back. Espargaro was left wanting much more from the day and is determined to make further improvements on Sunday.

Now all that remains of the weekend is a 20-minute Warm Up session and then the German Grand Prix itself, 30 laps of Sachsenring rollercoaster-action starting at 14:00 Local Time on Sunday. Who will be the King of the Ring? 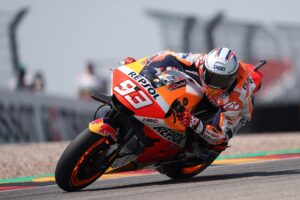 “The focus was not on taking pole today, we know our situation and what is realistic because over one lap we are struggling. Qualifying was acceptable, we did a good first lap and then it was hard to improve with all the yellow flags. Our race pace isn’t too bad, we are closer to the front than at other circuits, but I still think they have a little something extra at the moment. It’s a lot of laps and it looks like it will be very hot again, I’m feeling less physical limitations than before so I don’t think this will be a big issue for us – it will be demanding for everyone.” 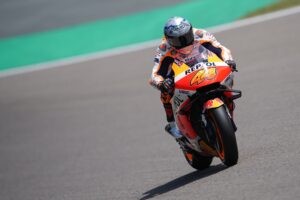 “The lap where I crashed in FP3, I was certainly on to challenge for Q2. Pushing with two tyres in Q1 and one new tyre in Q2 was difficult, we had to risk a lot. I am going to do whatever it needs to be on the top, I finished eighth in Qualifying and one tenth off Marc but I can’t be happy with eighth. Sure we came through Q1, but I want more and I want to be on top. It’s not a bad day overall, let’s see what happens tomorrow in the race as everyone is very close.”

Pol(e) position at the British GP