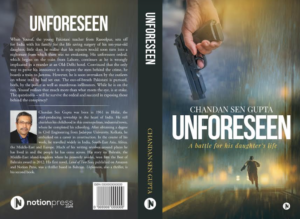 In October 2013, a Pakistani colleague of mine travelled from the Middle East to India, for his eight-year-old daughter’s liver transplant surgery. It was the only hope for her survival, after a total organ failure due to a congenital condition. The Indian visa came after a three-week-long wait, when the family had nearly given up hope of obtaining it.
After their arrival in India, going through a strict security regime, which is customary for any visiting Pakistani, caught them off-guard. This drove them to despair, but when all seemed lost, a few understanding officials came to their rescue. All along, the couple prayed that there would not be a terror strike in the country, for it could only make matters worse for them.
Help came from unexpected quarters at particularly critical moments, like the benevolent Sikh who came with his friends to donate blood platelets in the middle of night, hours before surgery. “You are our guests in this country, your wellbeing is our concern,” the man’s words have been etched in my colleague’s heart forever. Four years later, the girl, who received a part of her mother’s liver at a Gurgaon hospital, is now well on her way to leading a normal life. “I have two homes, one in Pakistan and the other in India,” says my friend, who has to split his vacations between the two countries. 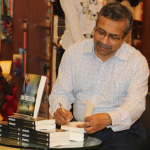 Mr Chandan Sengupta is the author of the book titled“Unforeseen: A Battle for His Daughter’s Life”. Mr Sengupta completed his schooling in the steel township of Bhilai in 1979 and subsequently earned a Bachelor’s in Civil Engineering in 1983 from Jadavpur University in Kolkata.  Mr Sengupta has won numerous accolades including the 1st prize in creative writing for an article on Bahrain and its people that was published in the coffee table book “Best of Bahrain” in 2012. His first book titled “Land of Two Seas” was published in 2015 and is a fictional story woven around about a daring Italian airraid to bomb an oil refinery in Bahrain. “Land of 2 Seas” is set during World War 2 and is very popular in Bahrain