But the big question which still remains on every cricket followers mind, when is Virat Kohli’s next hundred coming? The reason is that his last Test hundred came in 2019 late November against Bangladesh at Eden Gardens. After that, Virat has played 10 test matches in which he has batted for 17 innings and his highest score is 74 which was scored at Adelaide in the first innings of that ill-fated match where India were bowled out for their lowest score of 36 in the second innings. Virat has played 94 test matches and has 27 test hundreds, his first test hundred incidentally came at Adelaide too way back in 2012 in his eight test match and till his 84th test match, Virat had added another 26 test centuries which meant he has been scoring a test hundred in every third test match after he got his debut hundred.

So it’s now 10 test matches where he has failed to score a test hundred. His last ten matches have been three against New Zealand, one against Australia and the rest 6 England which has been in testing conditions but his earlier hundreds scored have also come in tougher conditions. His last ODI hundred came against the West Indies in Aug 2019 and after that he has failed to get an ODI Hundred in his next 15 innings. He has 43 ODI hundreds in 254 matches which is just 8 short of Sachin Tendulkar’s 49 ODI hundreds.

His first ODI hundred came in his 14th ODI and he has been scoring a ODI hundred in every five matches. So it’s been 15 ODI innings and 20 test innings where Virat has not been able to get a hundred. It’s not that he looks out of form, boasts an average of 59 in ODI and 51 in Test matches and 52 in T20’s which is phenomenal but the hundreds have dried up for far too long for his high standards. “Virat Kohli’s next hundred coming”

Not only the fans are anxious but I am sure so is Virat Kohli as it can be seen he has been trying to reach out for the balls which is way out of the off stump and it has become a pattern of his dismissals where he is nicking either in the slips or to the keeper. 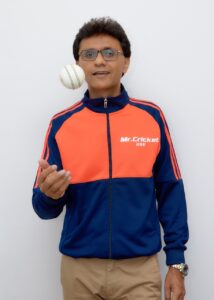 Cricket Man Anis Sajan said, “Virat Kohli had a torrid time in 2014 against James Anderson where he managed just 131 runs without getting a fifty but he corrected himself in his next series in 2018 against the same opposition where he scored a wappoing 600 runs and scored two hundred in the last series. Some Pundits had said after that series in 2018 that he left a lot of balls outside the off stump and kept his ego under control by not going after the balls which were to be left alone especially in English Conditions.”

There is no doubt he is a champion player but if King Kohli has to get back to his hundred mode he will have to curb his anxiousness and his ego and hundreds will automatically fall in place as it did before 2019 November. Every fan feels The next hundred is round the corner but only Virat knows which corner he needs to tackle to get that elusive hundred.

Things Couple Must Do Before Getting Married

How to Teach Kids to Swim at Every Age

How to choose the right horse stud for your mare

IPTV: How is the sports broadcasting industry changing?

What equipment do you really need to keep your baseball sports fans safe?

How Long is a Soccer Game?