Neymar is the latest star to pick up an injury, with the Brazilian set to miss the rest of the group phase after damaging ankle ligaments against Serbia.

During Brazil’s opening 2-0 win against Serbia on Thursday, Neymar sustained a lateral ligament injury on his right ankle, leaving his ankle swollen, following a tackle from Nikola Milenkovic. The Brazilian sprained his ankle in the second half of the bruising match.

Neymar was forced off in the final 10 minutes of Brazil’s opening match in the world cup, limping off with a swollen ankle. He was reduced to tears while sitting on the bench. He limped off the field with ice around his ankle on his way to the locker room.

After the match, the Brazilian star vowed to come back soon and help his country in their bid for the 6th world cup title with a post on Instagram. The Brazilian shared a photo that showed the swelling on his ankle going down fast. However, while Neymar is recovering fast from his injury, it remains unlikely that the Brazilian star will be back to action before the knockout stage.

The Brazilian star missed their second World Cup match against Switzerland and is set to miss their third and final group stage match against Cameroon. But will remain with the squad as he recovers from his ankle injury, the team doctor said Friday.

Brazil’s manager said he remains confident that he will play again in the later stages of the 2022 World Cup. The Brazilian world-class centre-back Marquinhos revealed that Neymar is undergoing 24-hour physiotherapy in the team’s hotel as he continues his recovery from the injury sustained in their opening match. Marquinhos said Brazil’s squad is strong enough to cope with the absence of Danilo and Neymar, who also suffered a similar knock, and emphasized their importance to the team.

Neymar’s right foot has caused him many problems in the past, among the injuries he suffered back in the 2018 World Cup in Russia. Another injury to his right ankle led to him missing the 2019 Copa America that Brazil won. 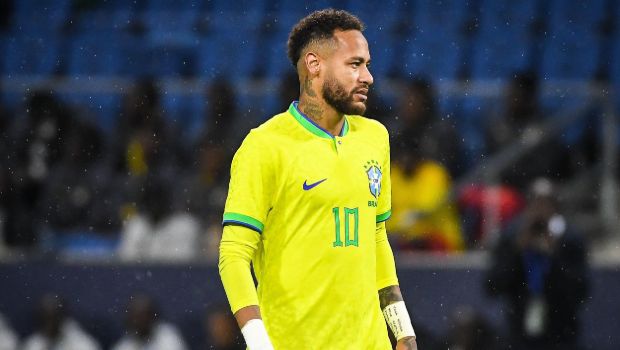 The 30-year-old Neymar was also injured at the 2014 World Cup in Brazil. His presence in the competition ended with a back injury in the quarterfinals against Colombia. He suffered a fractured bone in his back due to a knee to the back from Colombia’s Juan Zuniga, which saw Neymar leave the field on a stretcher and miss the semi-final as Brazil went down 7-1 to Germany.

The Brazilian team doctor confirmed that the player had suffered a broken vertebra, meaning he would have to spend at least six weeks on the side-lines.

The present Brazilian squad is full of talent, and they are considered one of the favourites to win the World Cup come December 18, but despite Brazil’s super-talented squad, missing a player like Neymar can’t help but have some impact. Having scored 75 goals for the national team, he is two goals shy of Pele’s scoring record.

Looking back at a loss to Germany in the semi-finals of the 2014 World Cup, Brazil missed Neymar and centre-back Thiago Silva through injury and suffered one of the most embarrassing losses in the tournament’s history. 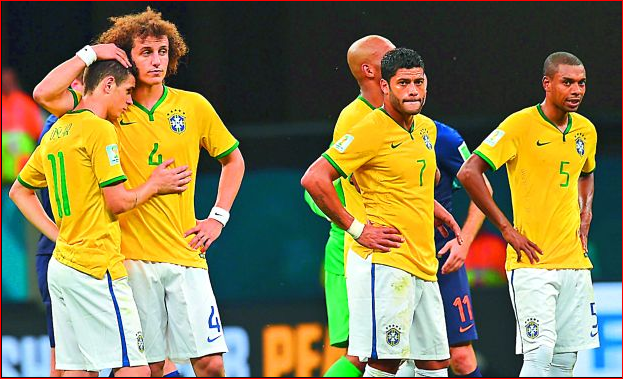 Despite Brazil’s performance without Neymar in the 2014 World Cup, Brazil still remains utterly capable of winning the World cup even with the absence of Neymar. Richarlison’s brace against Serbia included a contender for the goal of the tournament showing that Brazil can score goals without Neymar.

Tite insists that Neymar will return to action in the 2022 World Cup, despite the injury to his right ankle against Serbia. He appeared optimistic, though his comments can be perceived as worrying for Brazilian fans because he bases his claims on his personal view.

“Brazil trust all the great talents they have. Neymar is an exceptional player, but we trust everyone,” he said.

Brazil has a very good squad. They have tricky and skilful wingers like Vinicius, Rodrigo, Antony, and Raphinha, who would be starters for any national team with less competition for starting spots and minutes. There’s also Gabriel Martinelli and Gabriel Jesus, key figures for Arsenal, who can come off the bench to change the game.

Don’t want to miss out on moments like this? Get tickets to the biggest sporting events around the world.

How Do You Choose The Cricket Pads? Guide For Freshers

Jamie Redknapp Says Rashford’s Future Depends on Where He Plays

The Best Sports Nutritionist For Cycling